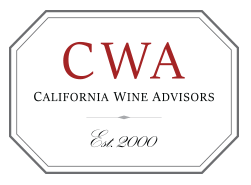 I recently gathered with an intimate group of avid wine lovers to sample 6 of the highest rated collector reds from the celebrated 2010 vintage. Below, please find each selection, including the retail release price and most recent rating. This tasting was particularly exciting because 2010 is one of the rare years that each of the top regions in the northern hemisphere delivered superb quality. This set a relatively level playing field for our festive competition. Each selection had been previously rated 97 – 100 points by a leading source and was just entering its prime drinking window according to our judges. Per the normal process, each competitor was sampled blind to remove any risk of bias due to brand or price recognition. Finally, each participant was allowed to sample each of these red wine treasures twice to remove any bias due to order.

The surprise winner was the Canalicchio Brunello di Montalcino Riserva 2010, which also happened to be one of the least expensive bottles. This was particularly unexpected since most of the oenophiles participating are primarily focused on Napa reds. I personally rated this majestic Brunello “perfect 100” points (also rated 99 points by Robert Parker’s Wine Advocate) noting the immaculate balance, majestic balance of dark fruit, plush oak, and velvety tannins. When I revealed the results, our audience was unanimously astounded racing to grab another sip of the Canalicchio before we commenced our hearty steak dinner. Several members of our thirsty group proclaimed this Brunello the finest Italian wine they had ever sampled. For the record, the second and third place finishers were Colgin and Angelus. Given the worldwide acclaim and ‘Cult’ collector status of both of those legendary wines (particularly for 2010 releases) our sampling panel was less surprised by this announcement (but equally eager to re-sample!).

I hope this will inspire all curious collectors to organize their own multi-region tasting focused on favorites from a single vintage. Regardless of the price or rating of the selections I believe this is a unique methodology to identify regional distinctions and have great fun!